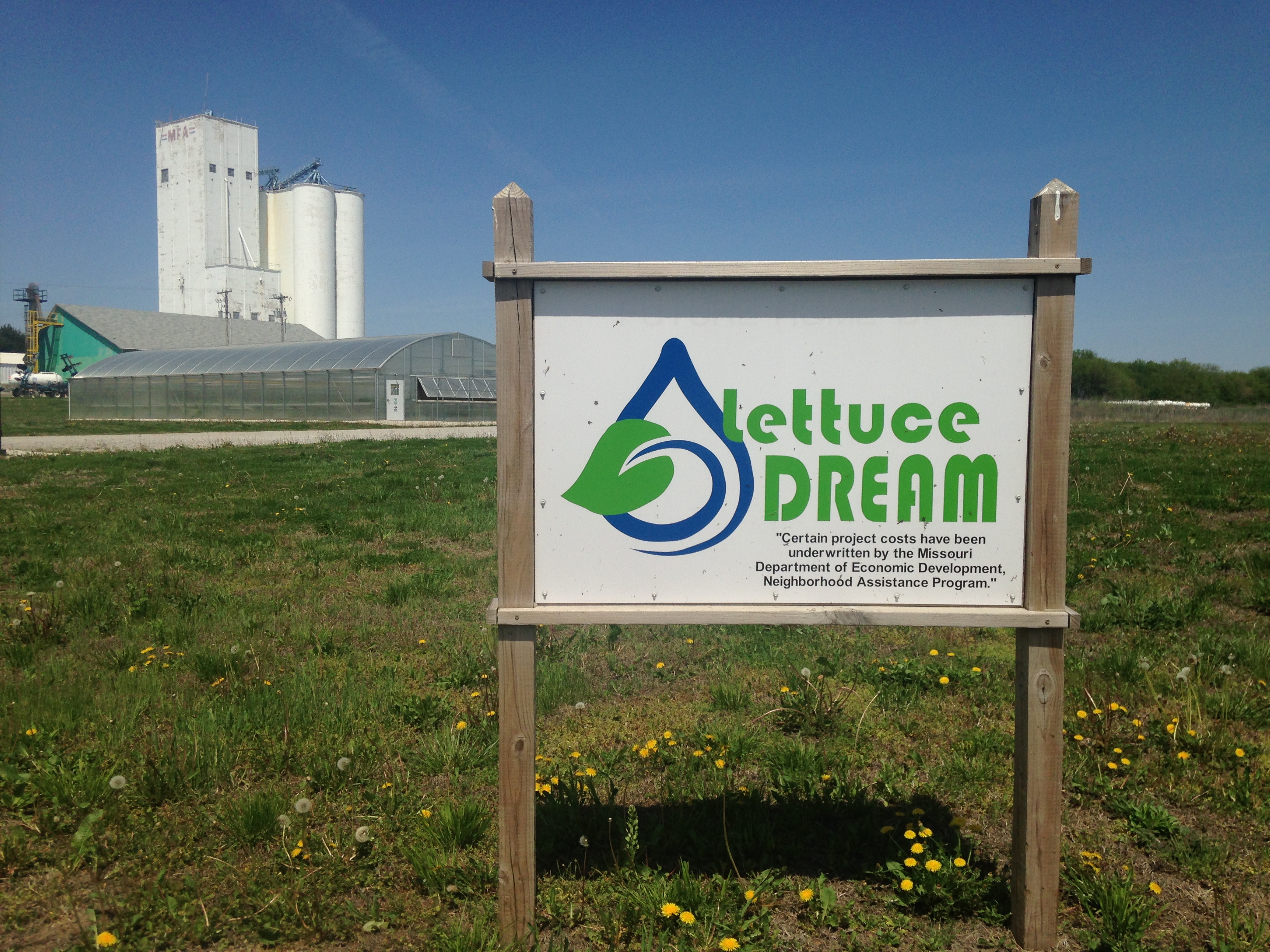 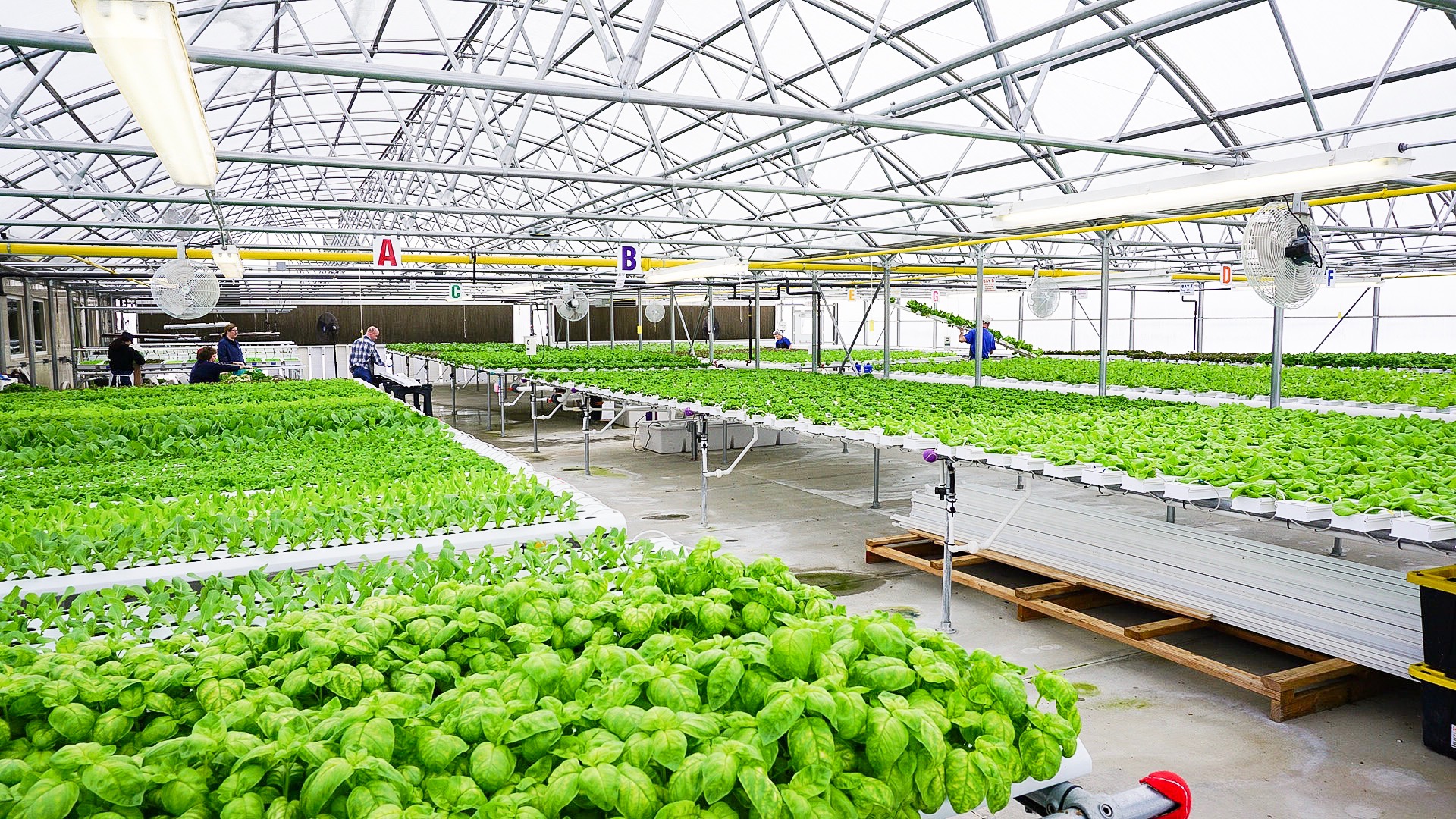 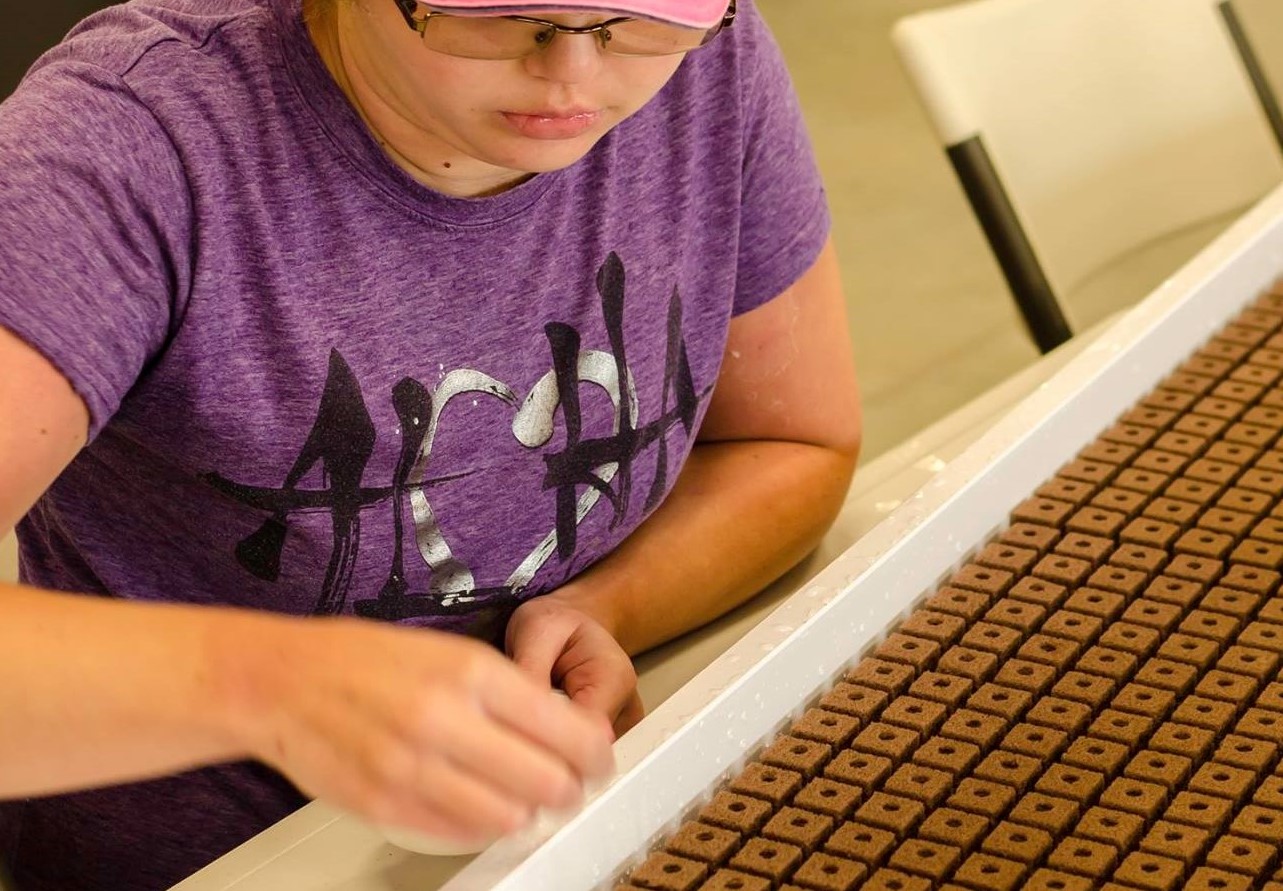 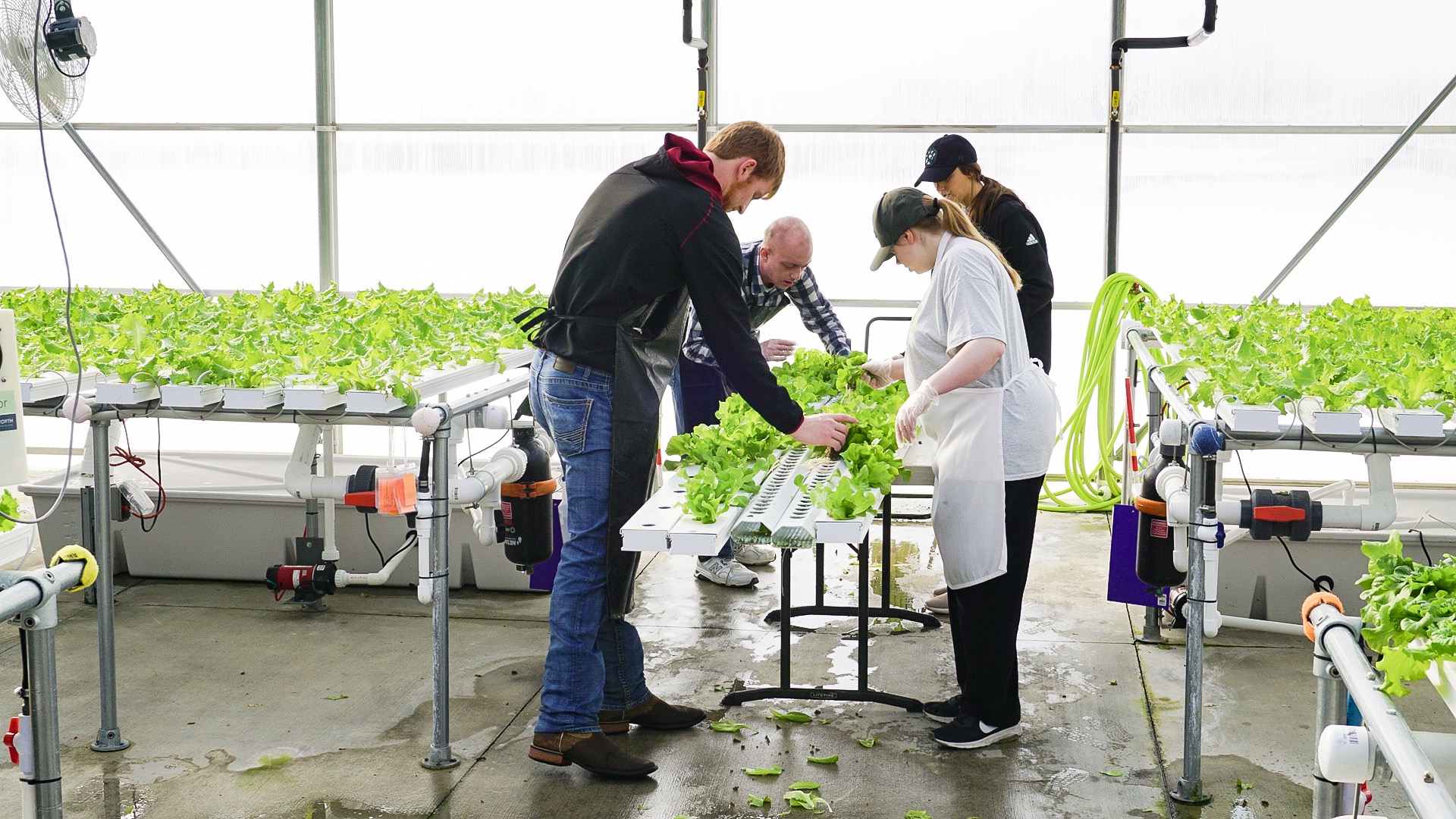 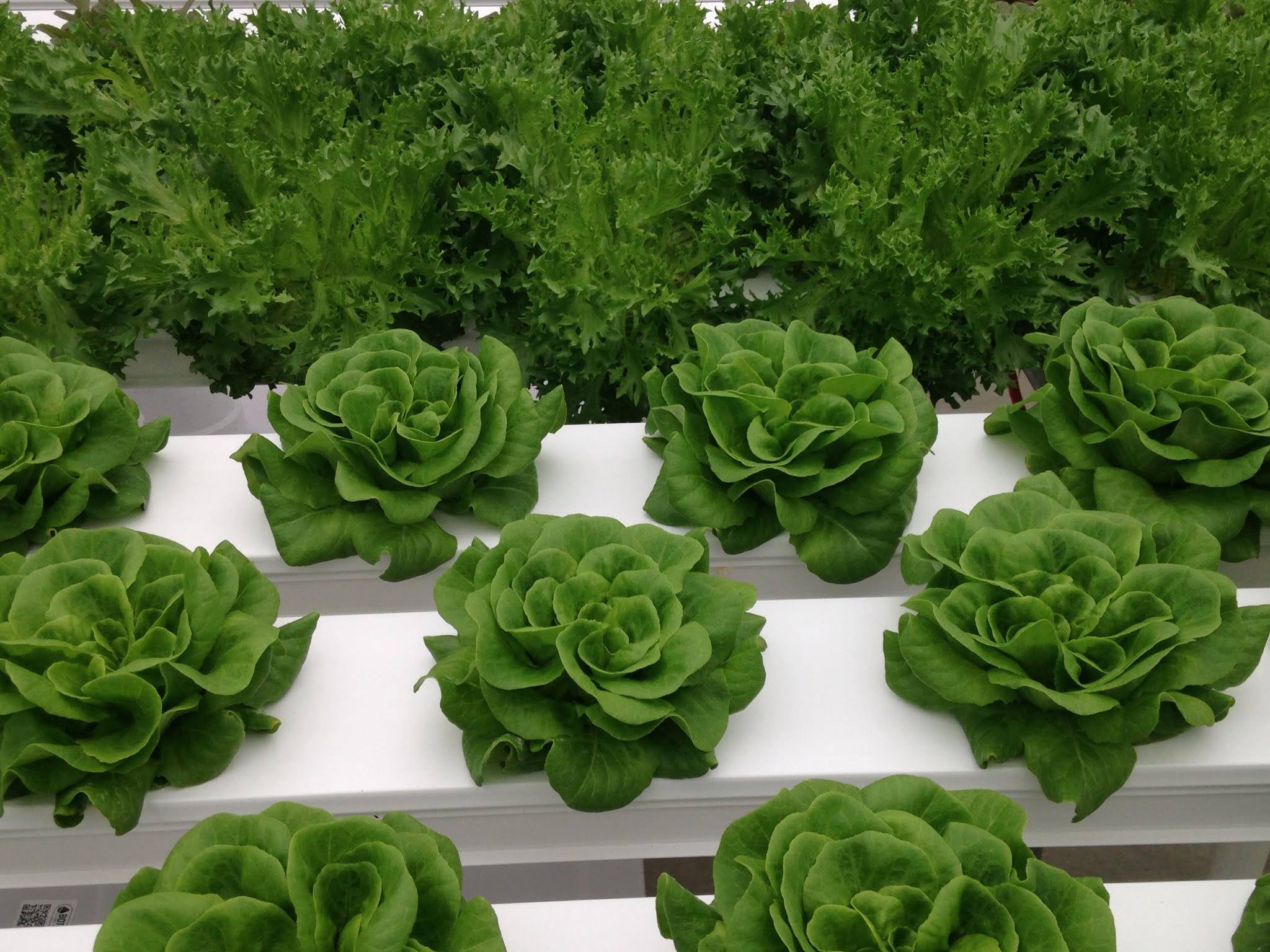 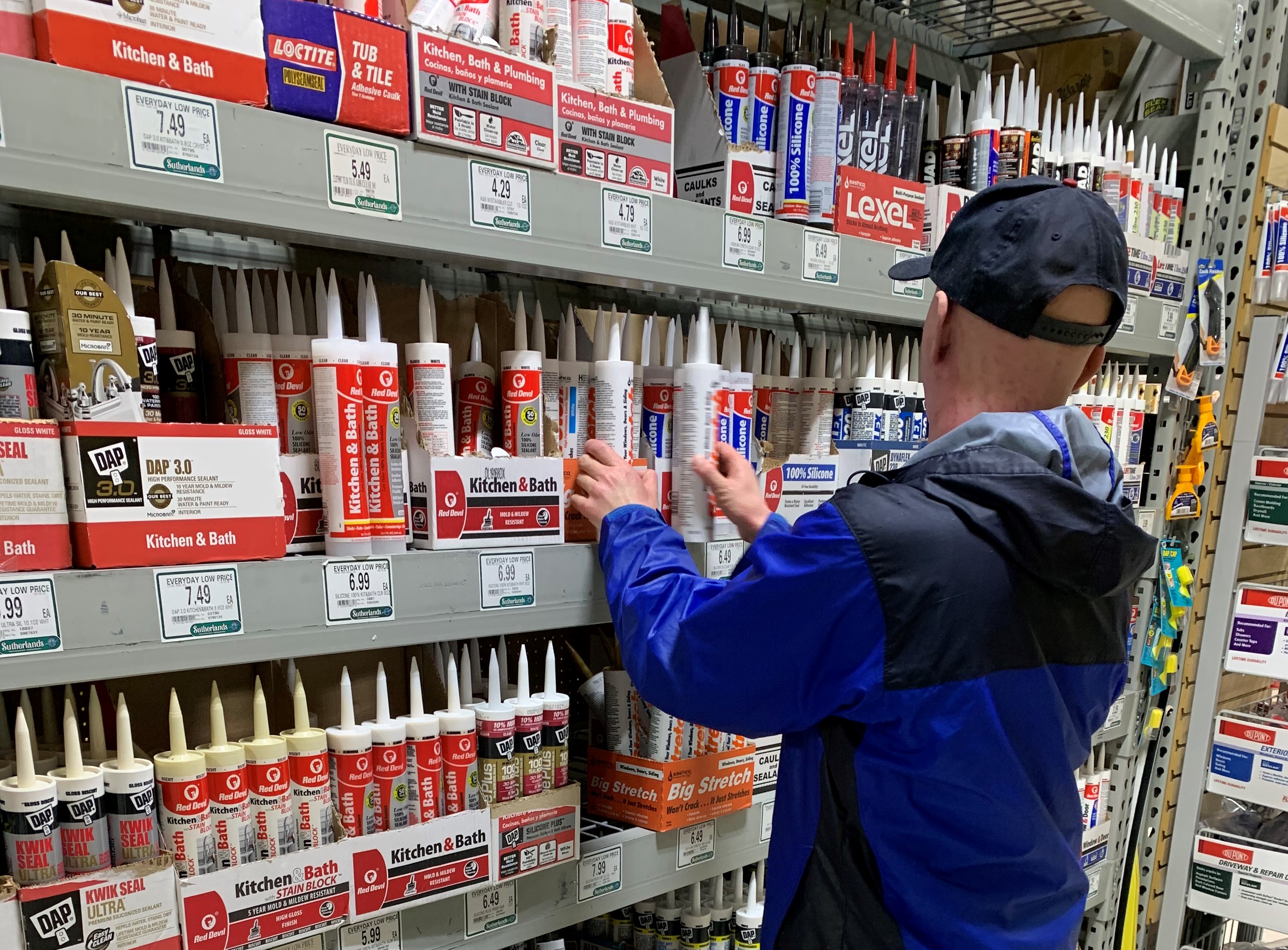 People of all abilities have equal access to achieve their career goals and contribute to their community.  We empower individual potential through innovative career programs and community inclusion while growing fresh hydroponic produce year-round.

The Promise That Started It All

Sometimes a single conversation can affect the direction of an entire life. You might say that just a handful of conversations gave birth to the idea of Lettuce Dream. It started out when two mothers of individuals with developmental disabilities began discussing what the future might hold for their kids in adulthood. These mothers saw few options for their children once they finished high school and wound up deciding that they themselves would be the ones to change that.

A Promise to Make the Dream Come True
Together, the mothers began strategizing how the idea of inclusion could extend into their children’s adult lives. They dreamed of a day where their children could expand their education after high school and saw a future of fulfillment for them. Sadly, at this phase, one of the mothers was struck with cancer. Before her passing, she promised to do what she could from heaven if only her friend, Diane, would continue making efforts here on earth. Diane has kept that promise and Lettuce Dream is the unfolding reality to prove it. Lettuce Dream is built on the idea that individuals with developmental and cognitive disabilities have a lot to give and that everyone is better off when they are an integral part of the wider community. These two mothers have made good on the promises they made to each other and we are witness to their dream coming true.

Thank you for your commitment to Lettuce Dream.

Diane has a B.S.Ed. in Vocational Education from Northwest Missouri State University. She has worked in the food industry for 12 years, for the University of Missouri’s Extension Service, and served as County Program Director for Camden County as well as Foods and Nutrition Specialist for a five-county area. She is co-coordinator of the Special Olympics program for high school youth in Nodaway County. Her son has autism, so she has first-hand knowledge of the difficulties people with disabilities have in finding community employment.

Wayne is recently retired from Energizer Battery Manufacturing after 39 years where he served as General Foreman as well as his last position as Staff Safety, Health, and Environmental Coordinator. He was responsible for the Maryville facility compliance and conducted audits in Alkaline Battery Facilities overseas. He also served our nation as a member of the Army National Guard, serving over 38 years and retiring as a Major General.

Sharon is presently the Maryville R-2 School’s Personnel Accountant. She has around 40 years of experience in payroll, accounting, and providing administrative services to both schools and businesses. Sharon received a business certificate from NWMSU and is an active member in her community of Conception Junction.

Diann has dual B.S. degrees in Marketing and Management from Northwest Missouri State University. She has previous experience in various aspects of marketing, bookkeeping, and management.

Rego is currently employed at Northwest Missouri State University's Agriculture Department as a Senior Instructor for the Horticulture program. At Northwest Missouri State University, he is responsible for a complex of greenhouses and buildings that house research labs, classrooms, and prep rooms. In addition, Rego is also the owner and operator of a local horticulture nursery, The Plant House, for over 30 years. The agricultural experience Rego Jones brings to Lettuce Dream, as an active member of the Board of Directors, is priceless. Rego has used his resources and contacts to benefit Lettuce Dream in the set-up of our two (2) greenhouses. His knowledge will be most valuable as hydroponic production continues and operations are maximized.

Dick has retired from VanVactor Lumber Company in Grant City, MO which he owned and operated for 28 years. He previously taught industrial arts at Worth County R-3 for eight years. He graduated with a B.S. and a M.S. in Education from Northwest Missouri State University. Dick has been an active member and officer in Rotary, Boy Scouts, and Grant City Jaycees. He served on the Advisory Board for the Great Western Bank, School Board, City Council, and served on the Board of Directors for 16 years for the Northwest Medical Center. Presently he serves on Rolling Hills Creative Living Board of Directors as well as Lettuce Dream.

Carol Tjeersdma retired as an instructor in special education at Northwest Missouri State University for 17 years. Prior to that, she was a teacher in special education at the elementary level for 14 years in Iowa and Texas. Carol has a graduate degree in special education and undergraduate degrees in elementary education and art. She was the Volunteer Project Chair while teaching at Northwest, which coordinated opportunities for the university students to work with individuals with special needs in the community. It is her passion to help individuals with special needs be an integral part of their communities and attain their full potential.

Rod has owned and operated Accent Printing and Advertising in downtown Maryville, Missouri since 1979. He downsized in 2015 by selling the printing, copying, and shipping portions of his business. He now produces signs, banners, and vinyl graphics and sells advertising specialty products. He attended Northwest Missouri State University and has many years of experience in advertising and marketing. He has been an active Scouter for more than 35 years, is a past president of the Maryville Chamber of Commerce and currently serves on the board of the Maryville Downtown Improvement organization.

Ken has managed and owned a family cattle operation for over 43 years located near Allendale, MO and Blockton, IA. He graduated from Northwest Missouri State University in 1975 with a degree in Agriculture Business, he is also active in his church and community events.

Connie is currently employed by Non-Public School Services, Inc. and teaches in the Extended Day Program at St. Gregory’s School. She retired after 36 years of teaching. She graduated with a B.S. and M.S. in Education from Northwest Missouri State University. Connie was a part of the Teacher Support Team for 10 years. She has served on the school board for St. Gregory's as well as The Nodaway Chorale. Connie has a younger sister with retrolental fibroplasia blindness.

David retired as a professor from Northwest Missouri State University in 2011 after 23 years serving in the political science department.  Dr. McLaughlin hosts the Nodaway County candidate forums prior to both the primary and the general elections.  Prior to serving at Northwest, David taught at West Illinois University, worked 4 years at a home for disturbed children, served for 2 years as a juvenile parole officer, and from 1966-68 he and his wife were Missionaries in Uganda. David holds a Ph.D. in political science from the University of Nebraska, a master’s degree from University of Illinois, and a bachelor’s degree from Monmouth College in Illinois. David and his wife Jan are grandparents of special needs child, Phoenix, who lives in Edmonds, Washington.

Sherri has worked at Kawasaki Manufacturing in Maryville, Missouri for 20 years as a laborer. She was previously on the advisory board before joining as a board member. Sherri is an active member of her community and sees the benefits of social inclusion.

Bob graduated with a Bachelor’s degree in Business Administration from Wayne State College, and an MBA at Northwest Missouri State University. He worked for 20 years in hospital finance as a CFO, owned his own business for 7 years and part-owned another business for 3 years, both in Springfield, Missouri. He was an Accounting Instructor at Northwest Missouri State University for four years. He also founded Big Brothers Big Sisters of Nodaway County, serving as the board chair for 3 years and was on the board for 12 years. He has been the finance steward at United Methodist Church in Maryville, and has been on the advisory board for Mozingo Recreation.

Nicole is a fifth grade teacher at South Nodaway R IV in Barnard, Missouri, and has been a teacher for over 20 years. She graduated with a Bachelor’s degree in Elementary Education and Learning Disabilities from Northwest Missouri State University in May of 1999. She has been an active volunteer for Special Olympics and has a passion for promoting inclusion. Her son Nate has a disability, so she has first-hand knowledge of the difficulties people with disabilities have in finding community employment.